I can’t quite remember why we picked Porto, but it was deemed a good place to get away for a long weekend in the late winter/early spring of the UK – to be honest there is not much to distinguish seasons here anymore anyway. I’m sure there were seasons when I was young and that surely can’t be chalked up to nostalgia. The reality of now is constant chop changing of conditions with nothing settling in for a day or so.  However, I digress…

A short easy flight from Liverpool got us to the late afternoon sunshine of Porto and some fine views from our elegant, bargain priced Apartment in Ribeira. Thanks to some prior research we went to check out some of the local craft beer hostelries in Porto. It’s still somewhat nascent, but there is one fine establishment called Catraio which is bottle shop and bar in the manner of places like Little Leeds & Tall Boys in Leeds. I had one or two too many of Mikeller’s imperial offerings and, via a pizza place, went back to the apartment. That’s where you normally wake up feeling a bit rough in the morning usually, but it wasn’t the end of the tale. At around 3am my friend woke me up to inform me my other friend had been mugged. I will spare the details because it’s not my tale to tell, but he is alright now. After speaking to a few locals it’s worth being careful late at night in the Ribeira district because it’s a bit quiet and if you can fall prey to gangs. Don’t let this put you off – someone got mugged about 5 minutes from where I live recently and you can’t live your life worrying unduly about such things.

The morning was spent recovering and the early afternoon speaking to the police. However, it ended up being very pleasant later on strolling about the town, eating Francesinha (not good for you at all) and having a few glasses of wine. I made the mistake of punctuating the wine with a glass of Super Bock which is an appalling brew and should be shunned if you come across it. That seems pretty hard in Porto as everyone is selling the stuff.

Feeling much fresher the next morning we took a tour round Taylor’s Port Cellars. Taylor’s , and the rest – something like 80 or so I believe, are not actually in Porta, but in Gaia over the water to exploit i) the better conditions for storing wine and ii) avoid paying taxes to the Bishop in year’s past. I am glad I picked Taylor’s  – it’s set away from the main strip and there are lovely gardens to enjoy your tasting after the tour. I tried a finer port than I’ve had before (nothing dramatic – a 20 year old tawny blend) and it was a revelation – so much more complex and delicate than the £8 bottles that get thrown about at Christmas. 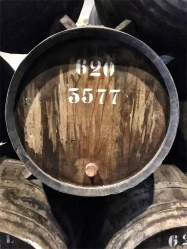 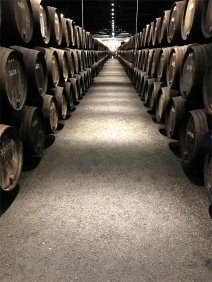 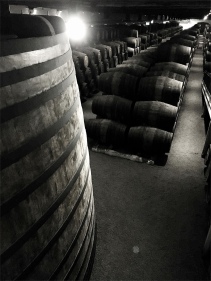 After this we had lunch and then made the total mis step of getting on one of those open topped double decker buses for a tour. If you enjoy being stuck in traffic, unintelligible  commentary through agony inducing earphones and basically learning nothing then this is the tour for you. So sick of being stuck in the traffic that we got off and walked the last mile comfortably out pacing the bus!

The evening was very pleasant as it unturned a gem of a restaurant called Tabua Rasa (the spell check is screaming at me for not typing Tabula, but that’s the Portuguese for it) which sells only Portuguese fine foods in the form of cheeses and other sharing platters. It was also good, and very well priced, for some more craft beer. If you are heading to Porto you should really check this place out – easily the best food we had.

The next morning was a walking tour – a long one at three hours – which was infinitely better than its distant bus cousin. 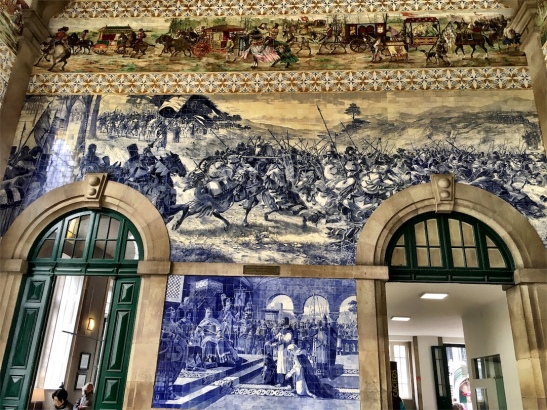 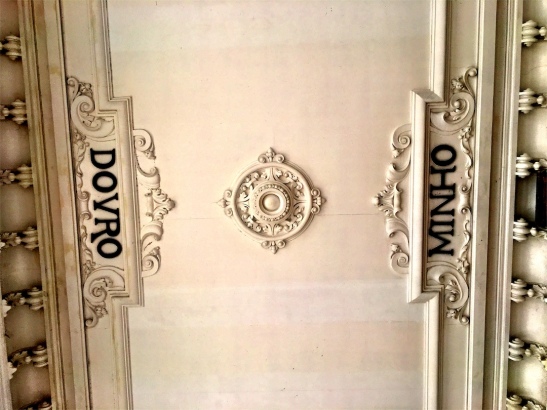 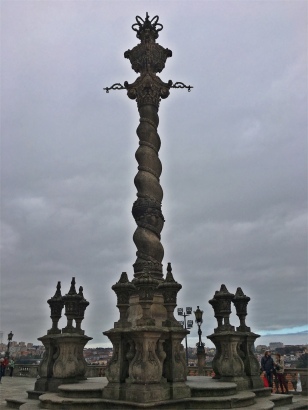 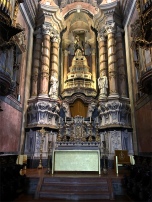 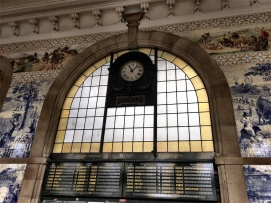 Porto’s an interesting place – it’s currently balanced between up and coming city and tourist spot and well worth checking out. Probably sooner rather than later as the tourist development is going to be rapid.