My friend invited me along to a hike with his colleagues from work last weekend and since I had planned to go away hiking somewhere it seemed like a great opportunity. We had a really early start to get up to the trailhead and I regretted some of the beer the night before.

Mike had chosen the Corridor Route, which is a great path up Scafell, to showcase the Lakes to his friends as the some of the other paths are just a bit of a slog without an interest along the way. That’s not the case with the Corridor as there is rough walking, a bit of scrambling and tiny bits of exposure here and there. It’s been a few years since I’ve been up because it’s pretty inaccessible without a car so it was a lot of fun seeing it all again.

After the final walk through the scree at the summit Katie and Stevie looked, rightly, pleased with their achievement and said it was better and tougher than a walk up Snowdon they had recently done. I was happy to hear their attitude which I believe to be exactly right for hiking which is it’s tough at times, but that is why you do it. What’s the point if it’s easy all the time? It’s possible to balance out the pain and enjoyment of the hike and the feeling after a long hike when you ache a little, but you’ve done something is one I never tire of. That’s apt today because my calves are aching and my old knee injury is complaining with some voracity!

We walked back directly towards Wastwater and near the National Trust campsite we parted as two groups with Mike and I going on Eskdale which was a fairly unmemorable path other than the fact it was boggy as hell. Arriving at the campsite they had a camping pod available which saved putting up the tents in the rain and made life easier all round. I love hiking, but I’ve never really got the pleasure of a camping – it’s a means to an ends to me. Sorry I know that makes me soft in some eyes! 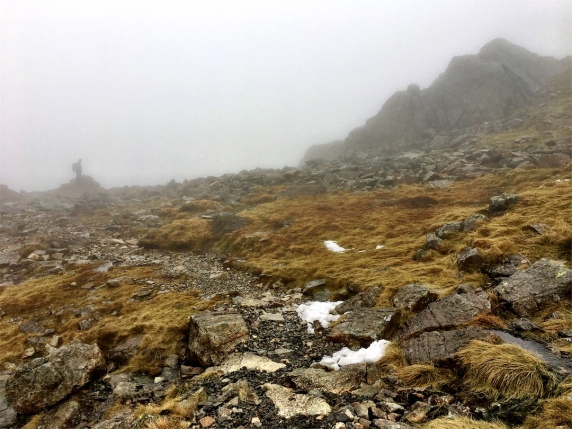 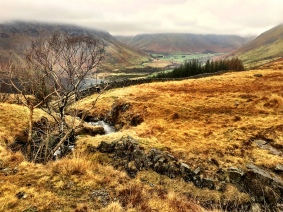 Day 2 – Eskdale to Grasmere via Crinkle Crags & the Pike of Blisco.

The second walk was in a totally different order which I hadn’t really realised when I blithely drew a line on my GPS planner. The route took us up upper Eskdale which is simply stunning at this point with the Esk, by turns, plunging and wending it’s way south. Everywhere you looked was a point of interest with fells and lonely buttresses standing sentinel across the landscape. As we forded the river toward the lower slopes of Crinkle Crags the weather turned with rain and a chill wind reminding us it was still only March.

We were walking without a path for most of the morning and this had not improved on the Crags. Only at the top, after taking us along a southern bearing, did we find cairns in the hill fog. It’s a desolate mass of huge rocks and scree on the Crags with lots of scrambling and ups & downs. The combination of the conditions and the walking really sapped our energy and we ate lunch in a hollow which, for unknown geomorphological reasons, had still conditions.

The break gave us the energy needed to get down and then over the pyramidal Pike of Blisco which was straight forward thanks to being fairly elevated still and good paths. It was a touch trickier on the way down, but we were soon on the long descent down to Langdale. The weather, typically, was stunning at this point which afforded striking views of Langdale and remained as we walked up the moors to the south of the valley. My blasé attitude to route planning bit me on my behind at this point as we were looking down a cliff which I’d presumed there was a path down. With a bit of back tracking and a proper look at the map a way down was found into Elterwater and then on to Grasmere.

This was a tough walk – I didn’t think it was easy, but it ended up being about 20 miles with the best part of 2000 metres of elevation gain. Combine that with the pathless sections and this was definitely one of the hardest walks over the last couple of years. That includes Nepal! 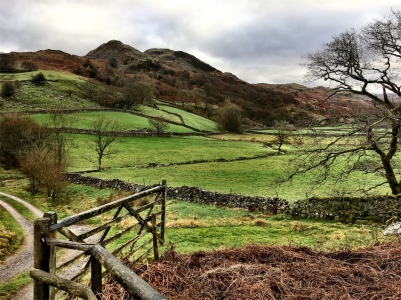 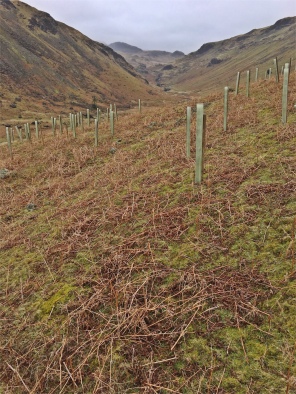 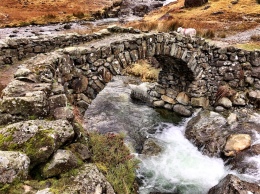 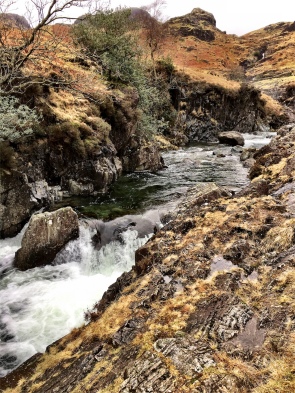 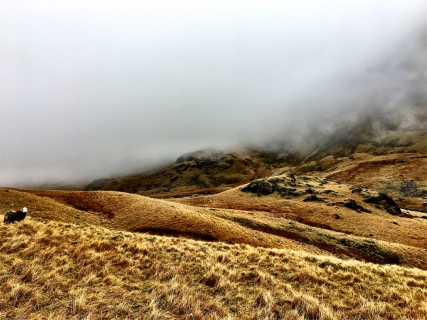