It’s been a while since I’ve done this walk – in fact around 18 months or so when testing gear before heading to the Pyrenees.

The route is about 32 miles over two days which, on good footpaths is a fairy easy undertaking. However, it’s that “good footpaths” part that provides the interest – and the difficulty!

Starting out from Appleby station which was draped in a veil of fog it was clear that there would be a shortage of sunlight. The route up to the ridge was straight forward – the path leads from the village of Murton up to the pike of the same name around 600 metres or so. We then followed the path around and north away from High Cup Nick and the last of good footpaths for 5 or six miles. I had tried to pick a route dissecting the watersheds of the Tees and Eden which had limited success. There were patches free of water, but largely it was boggy, rough and tough going. I think there is no real place on that high ground that is free of water – it’s just such a wet part of the world. 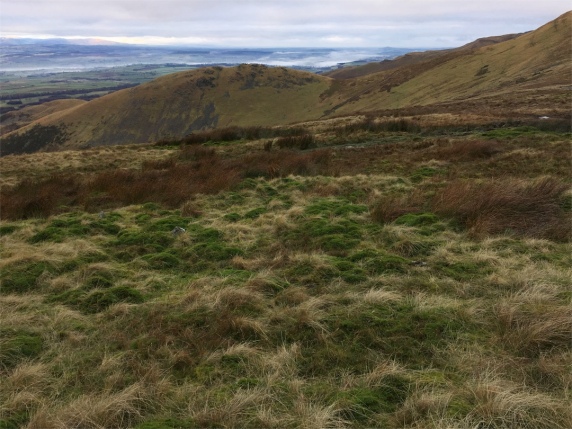 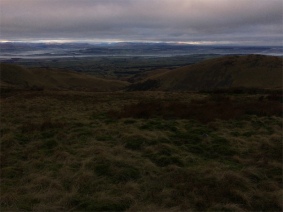 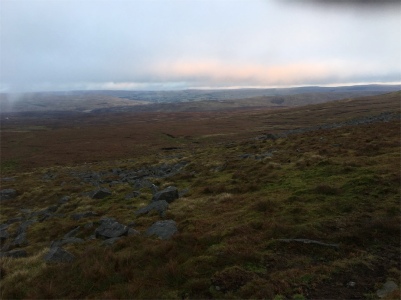 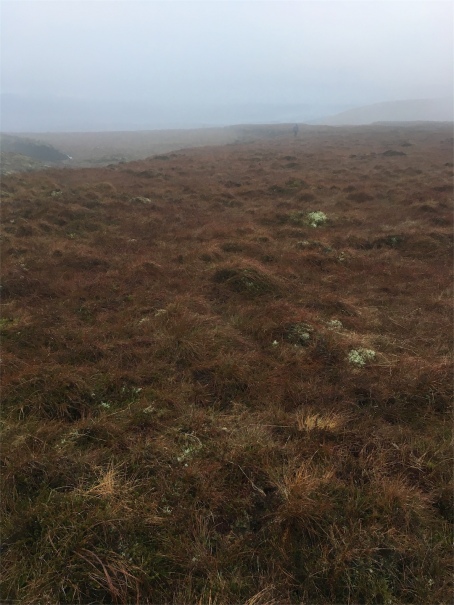 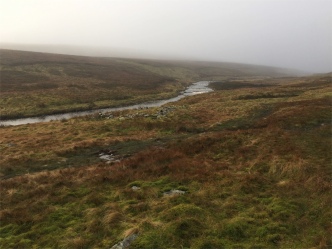 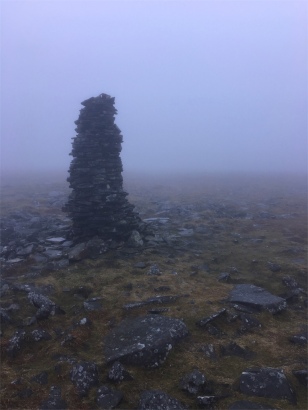 Eventually we found a path the other side of the mire with very cold feet and failing light. Luckily we made short work of the fells between us and Cross Fell reaching the cairns and shelter with around 30 minutes of light left which we used to get to Greg’s Hut and rest for the night. It was very cold and I was stretching my 2 season sleeping bag to the limit. Still I slept well without any distractions!

The next morning saw us leaving paths again and over very rough moorland until we reached an old Roman road which led us back down to civilisation and eventually country roads and pleasant hamlets on the way to Langwathby.

If you are thinking of trying out one of Scotland’s rougher long distance paths I suggest this to get a bit of a taster. Getting used to the idea that you are going to have wet feet and no easy footing as well as being well and truly beat at the end of the day are good lessons to learn!