This weekend I had originally made plans to go to Leeds in the evening and then meet friends in the evening in Todmorden. However, I got the wrong end of the stick and ended up double booked.

A table was booked for one of the engagements so I chose that one as well as it involving less inebriation which I am trying to avoid as I battle to get fit again. I am kicking myself for my lapse behaviour since SE Asia; things would be smoother had I behaved myself over the last six months. No point crying over spilt milk. Unless it’s all the milk and then maybe you can cry unless the milk’s in your eyes.

I took the decision to cover off some more of the Pennine Way in this hike as I still aim to complete it (in patches) during the year. I now think I am done Edale to Hawes with the exception of 6 miles or so in Calderdale and about 14 south of Hawes.

My route took me over the tops from where I live using very quiet country roads with great views all around and making excellent progress.

I soon found myself on Slaithwaite Moor headed to Marsden which is nestled in a very attractive steep sided valley (by Yorkshire standards). Marsden is a nice little town and I grabbed some flapjack from an organic shop there before following the main road to the Pennine Way – there was plenty of verge or pavement so it wasn’t an issue. There were paths I could have used, but I wanted to make sure my pace stayed up and I wasn’t messing around on little paths. I don’t enjoy navigating near settlements; they are always a rat warren of paths and claggy fields. I much prefer being on the spine of a ridge with the objective peak above you. Keeps things simple.

Once on the Pennine Way I’d been walking non stop for about 4.5 hours and so stopped to eat. Then I realised the bleak weather last Sunday had got through the weather sealing in my camera and broke the focussing system. The lens being propelled back and forth in a staccato fashion as it tries to focus. Later I discovered that it was definately done for and I’ve had to get another camera as I won’t have time to get it fixed before going away. To be honest it’s 8 years old and I will get the updated body for the camera as I’ve got a box full of lenses and assorted crap. That’s how they get you – Big Photography. I had to use manual focus which I loathe and suck at in equal measure. 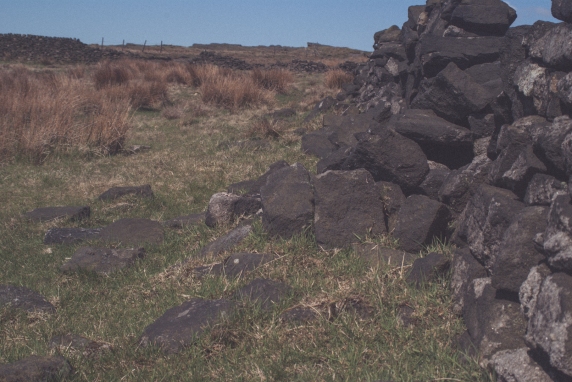 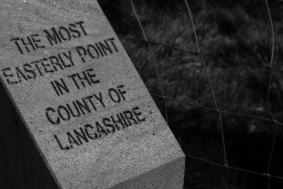 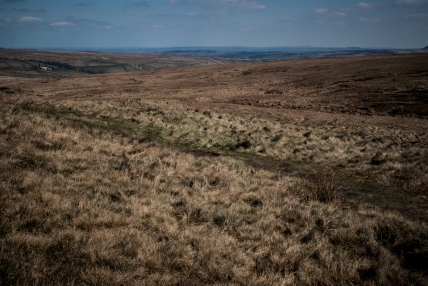 I got on with it and walked past some groups of hikers who must have been about 60 in number. I’ve never understood wanting to walk with this many people, but to each their own. I pushed myself to keep up a good speed as I passed gloriously craggy Ted Hughes scenery and steel blue reservoirs being peaked by the keen Westerly.

Before long I could see Stoodley Pike on the horizon and I made my way to it feeling pretty weary and also realising I was going to arrive far too early for the plans. I decided I would relax a bit with only a few miles to go and listened to a podcast by the memorial. 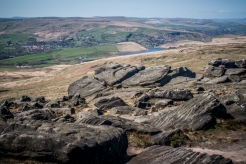 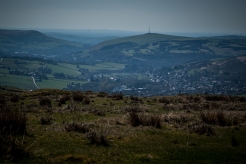 I left the Pennine Way and joined the Pennine Bridleway and found my way to the Bare Arts Brewery which was a venue for the Todmorden folk festival and there were a few beers and sea shantys before we headed to Site Pizza by which time I was starving hungry and a pizza was just was needed.

Probably the final hike I’ll fit in before going away. I walked around 30ish miles and kept my pace up at 3.5mph which I pleased to have sustained. I am less pleased about the blister on my sole, but it’s anger has abated over the last couple of days.