This covers two short stays in Sepilok before and after I went to the Kinabatangan River.

After a long bus journey from Kota Kinabalu it was rather nice to arrive at the Forest Edge Resort in Sepilok. It’s a resort that has been pragmatic accommodation within its grounds which have great facilities and the best food I had on Borneo. .

I spent the afternoon relaxing after having a bad stomach possibly from drinking some iffy water my filter couldn’t fully deal with. I read  (which was to be a swan song of my Kindle) and watched birds for the afternoon before playing (and losing, badly) at a game of uno with a collection of people from the previous hostel.

Breakfast was a lot better than the normal toast (although you could have toast which you made on the barbecue) through the rest of Borneo and I filled up before heading out to the Sepilok Orangutan Sanctuary. This reserve takes in rescued apes and aims to release them to the wild. It seemed a good place to me and I was given the impression the Orangutans  were more important than the visitors.

They have feedings twice a day and then close the reserve down inbetween. It’s a bit of a throng near the feeding platforms (as you might expect) and the nursery, although you are more distant, is much better to watch the animals play and enjoy life. 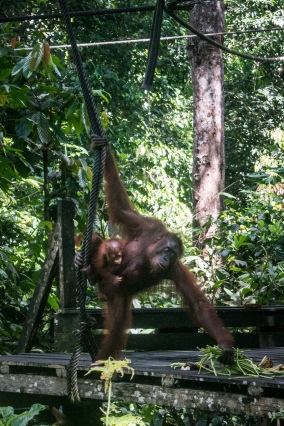 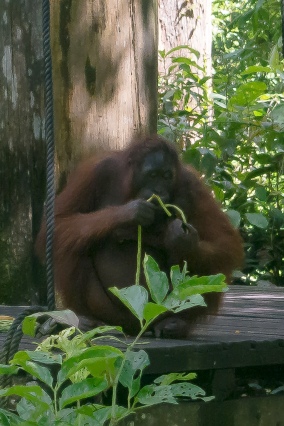 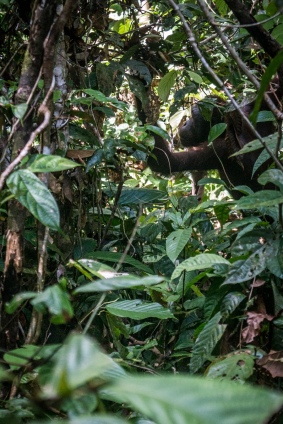 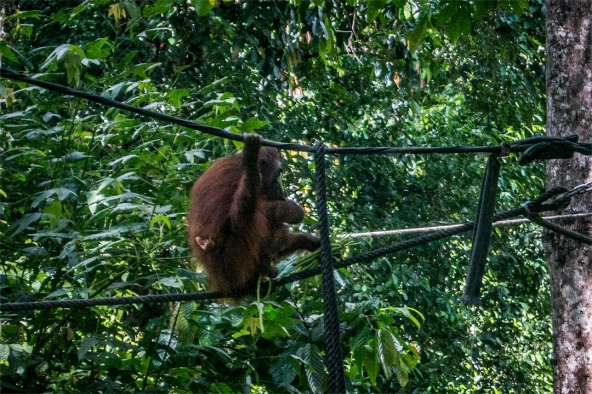 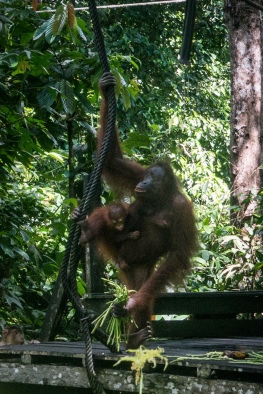 I then went to the river for three days before getting back quite early to Sepilok and a visit to the Bornean Sun Bear Conservation Centre which was outstanding. The facility is set up 100% for the bears – they are rescued from terrible circumstances and nursed back to health. They don’t breed and don’t directly interact with the Bears only feed them at random times so they don’t get used to it. It’s also set up well with viewing platforms which give the smallest bear species plenty of time to dig for grubs and relax. There are staff everywhere who know the bears through and through and help you look at them through scopes and even take pictures with them.

I was very taken with the place and you should definitely pay it a visit if you can.

I wandered back in the Forest Edge for lunch and a storm worth of Thor which limited much in the way of activities for a few hours so I kicked back and waited for it to clear up which it did around 3 and I high tailed it to the Rain Forest Discovery Centre.

The centre is a few miles from where I was and is basically a visit to the Rainforest, like Mulu, where they have maintained trails and observation platforms. It’s really well done and the fact it’s a real forest makes it a more rewarding experience. I had the whole place to myself and enjoyed wandering around taking different paths and enjoying the forest coming to place in last few hours of the day.

I went up a hornbill observation tower and looked about (in vain) for the exuberantly beaked avians, but to no avail. I heard a terrific crash and turned round to see an Orangutan hanging down in the tree next to me. He/She appeared shocked to see me (as I was) and there was a moment of looking at each other before it made its way slowly around the tree looking for somewhere to sleep. I watched for 15 minutes or so before I lost sight and made my way back down to the ground.

I carried on my sauntering and to some platforms in the canopy which afforded me a great view of the giant emergents as well as the canopy stretching into the distant. As I was enjoying the amber hues of the slowly escaping day I noticed something moving. Something ginger moving. An Orangutan and her baby or youngster as it was able to move about without clinging to mum,

This was phenomenal for me – my favourite animal in the wild! The mother clocked me right away (we were quite near) and decided I wasn’t going to cause any harm and she went about her business which I think was teaching baby how to build nests. However, the youngling was clearly more interested in causing mischief and then saw me and a beeline for me. The distance between us went down to a few metres and I am fairly sure would have resulted in my becoming an ape climbing frame and then probably having my arm pulled off my mum. I decided to back off a bit and the baby just stared at me for the longest time and then went back to playing/learning. I watched them for 45 minutes or so in total and then made my way out of the forest which was pretty much dark. Awesome times. 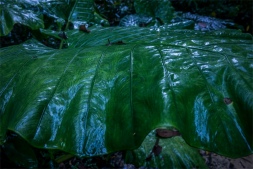 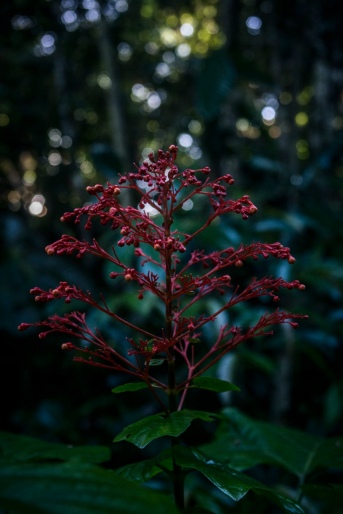 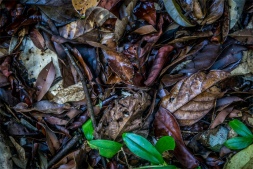 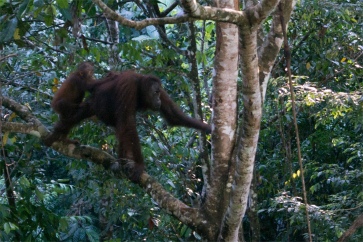 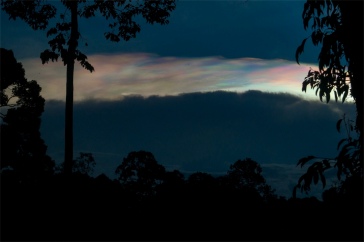 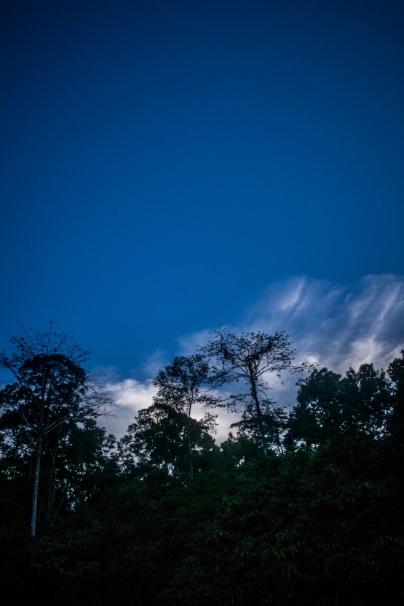