Note : Apologies for the quality of the photographs in this post. I had my compact camera whose focus motor went wrong and then failed during the trip. My phone camera is absolutely awful and all in all they don’t look great!

I got up very early on Saturday morning in order to get to the Lakes in time to get a full day’s hike in and changed trains twice, meeting Mike at the second change.

The morning was glorious with plenty of blue sky as we set out from Windermere station and up a minor road which eventually turned into a steadily climbing bridleway. As we progressed the steepness increased and more and more snow was around, some of it hard, compact and requiring caution. 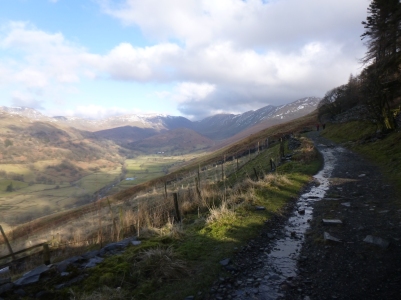 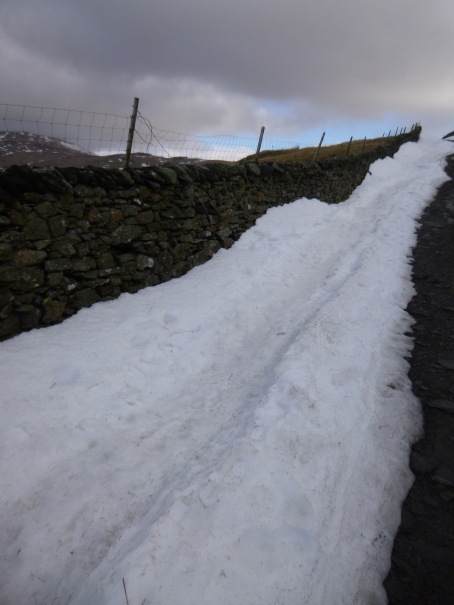 The path steeped further, left the bridleway and we headed over three craggy fells called Yoke, Bell and Froswick – there’s something delightful about those names! The walk continued in this undulating manner as we joined with High Street, an old Roman road, and over Racecourse Hill – the highpoint for the day. Here there was some exposed sections of snow and cornices which required some caution, but nothing too bad considering the time of year. 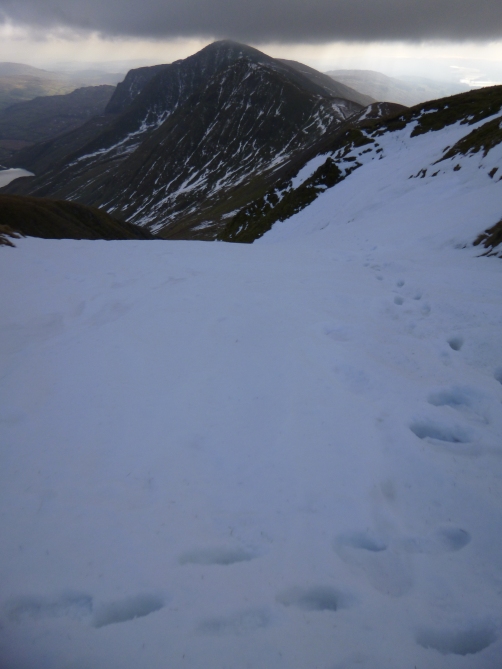 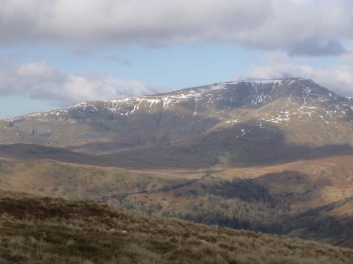 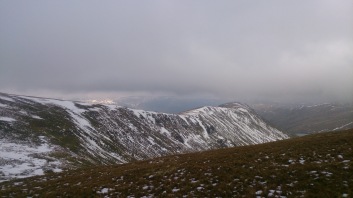 We headed down the old road toward Patterdale which culminated in a steep drop into Patterdale (the settlement and the valley) which was hard on Mike’s bad knee, but being in the valley and the views of Ulswater had been an enjoyable end to a Lakes walk in the winter sun.

After breakfast in Patterdale YHA we started our walk to Fairfield for a brief period through some woods and following contours until a sharp left begins a fairly challenging climb of 500 metres in a small distance toward the fell called Birks. This along with frequent bands of icy snow, was very hard on Mike’s knee; we met ontop of Birks and Mike wondered about finding another route back. I looked at the map and there was nothing obvious, but had made my mind up to go back if he wanted to to make sure he was okay. However, he took a few painkillers and we headed toward St. Sunday Crag. Here we found the biggest snow fields of the walk and some were unavoidable and we decided to use crampons up one to avoid exposure either side of it.

Mike was feeling much better and we moved on and up through a scramble as we started up Fairfield. In summer this would have been easy, but there was icy patches which made footing very difficult and I took my ice axe to some to secure footing and there was some exposure at times as I wound round finding a safe route. Please understand I am not trying to describe an ascent of K2, but it illustrates how winter conditions magnify the difficult and danger of relatively straightforward routes even for experienced hill walkers. 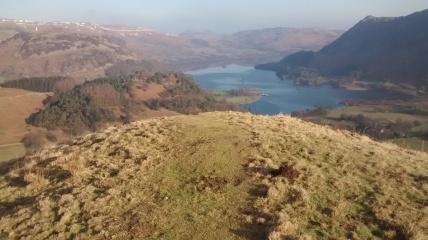 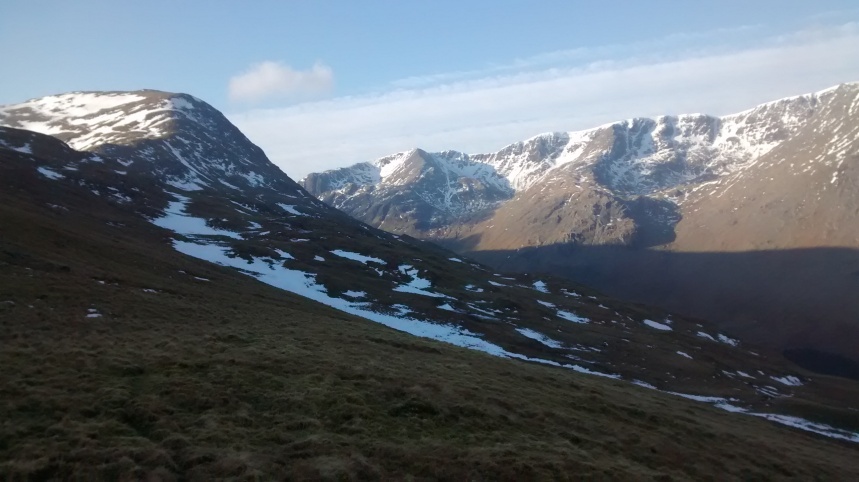 We continued our walk up Fairfield having to use crampons again to offer protection where a fall would have been, at the least, unpleasant and why not since we had carried them! We then had hill fog and poor visibility until we had left Hart Crag and made our way toward Ambleside. 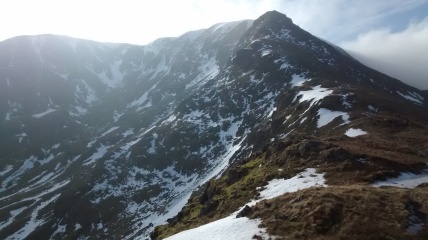 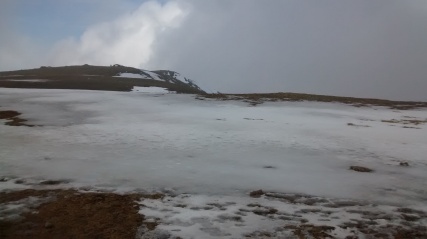 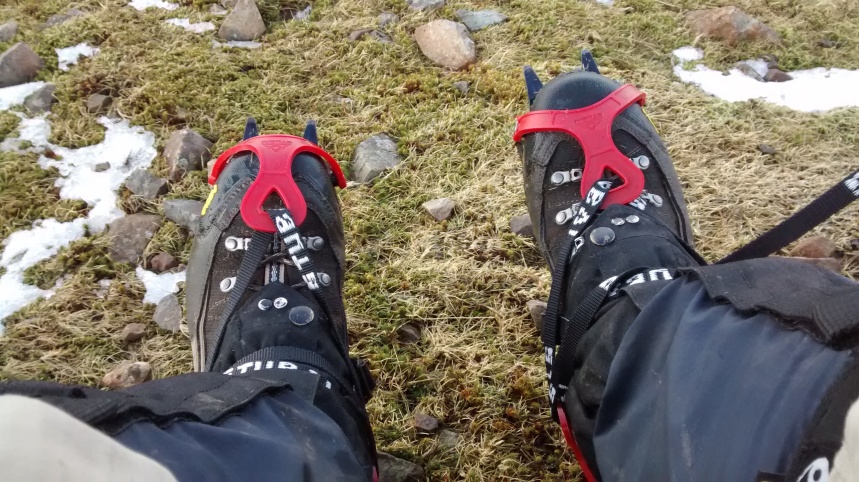 The rest of the route back follows a spur toward the town over High Pike and Low Pike toward the town. The path is steep in places (I fell a couple of years ago – all day in snow and I fall in mud…) and careful footing is required at time. The sun was out and a great couple of days in the Lakes was coming to an end. Well a few in the pub before it had really finished of course!