I’d not been to the Yorkshire Dales National Park for quite some time – I think it will have been August last year – and I was keen to return. I’d planned last week, but it wasn’t to be.

This last week I have checked the forecasts hoping for fresh dumps of snow (the Dales peaks are no where near high enough to present avalanche risk to anyone who may think that sounds mental) for the weekend. I was assured by the mountain forecasts that there would indeed be snow and I packed some extra layers and re-proofed my shell in expectation.

I caught the train in the morning and I was a bit disappointed that snow had not appeared and there was only a dusting on the more modest hills and fells around. My annoyance was compounded by a lack of coffee and the train being very full. A lot of this was down to the early hour I had to rise and just general “moodies” as my friend Mark puts it.

It was with this in mind that I set out at a good whack from Horton to get away from people who, at any rate, appeared to be going into the village and presumably Pen-y-ghent which looked magnificent. I soon felt alone and cocooned in my hooded down jacket felt happy and chastised myself for the earlier grumpiness.

Once I wound through the limestone pavement near Horton there was a reasonable amount of snow around as well as a biting wind which didn’t leave all day and was especially strong near the summit. 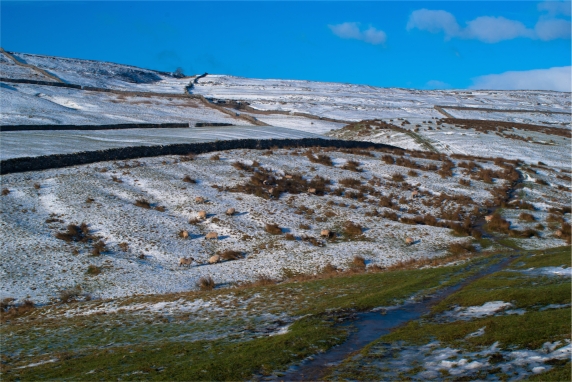 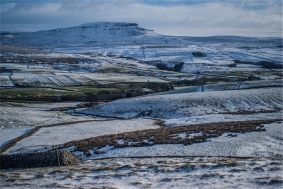 I walked to the Clapham turning and then down the Bridleway towards Trow Gill; the path has not been used as much which in the summer manifests itself in less mud and today one set of footprints faded in the snow. 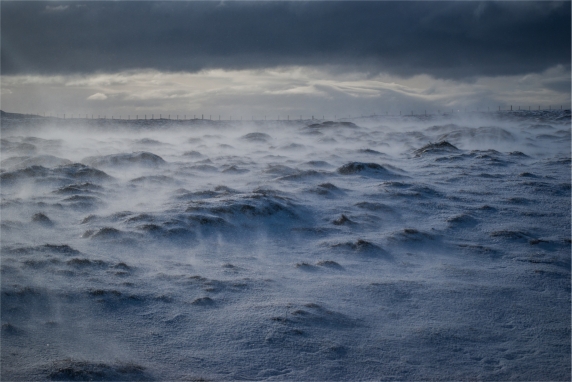 As I headed toward Trow Gill there were great views of Ingelborough with its little brother forming a step toward it. I walked into Trow Gill which looks like a miniature version of something you would find in Yosemite National Park. It’s an attractive little spot and funnels you away Clapham and back onto the route up Ingelborough proper. 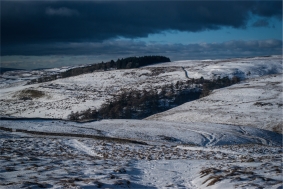 I pushed on and up Little Ingleborough and past the snow line where the conditions were quite different. It became extremely difficult to remain stable in the wind and it was necessary to brace yourself against the blustering. I spent a few minutes tucked in behind a man cutting steps with his boots up the slope and was almost made to regret this as a powerful gust almost blew him down which would have skittled me to my doom. I chose this moment to pass him!

The rest of the way was blighted by spindrift which whipped away at the face and made me draw my hood leaving the smallest possible aperture for me to peek out of. 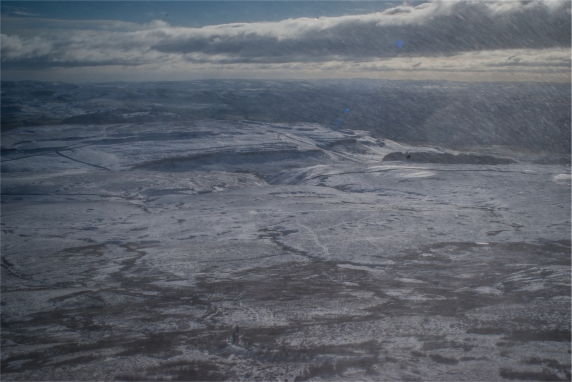 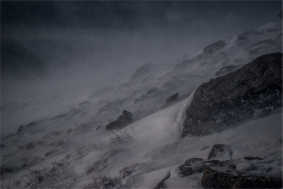 The views from the top of the rise were great, but walking along the path was tricky in places. Largely this was down to the wind which was much more powerful than I expected and the conditions of the path which was icy packed snow in places. At one point a powerful gust was sliding my sideways towards a slope. I knocked my lens hood (sorry for the flare in some photos) off grabbing hold of a rock and thought I would look a fool if they found me splattered somewhere below with crampons in my bag and an ice axe on my bag. I moved away from the edge and picked my way up the summit where I didn’t stick around long as the wind was still not playing nicely. 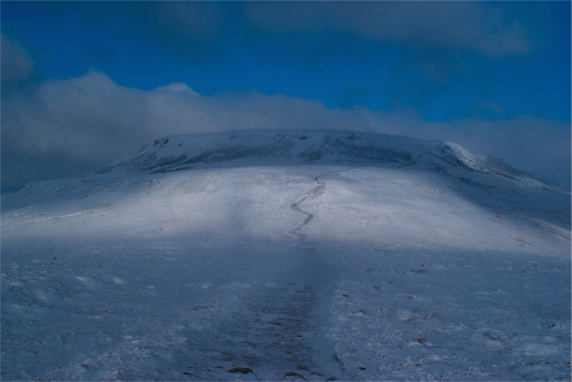 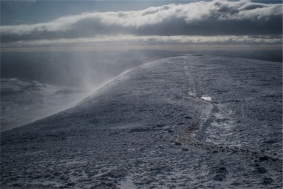 The path down is largely the same as coming up and passed without event accepting for one person I saw clean blown over by the wind. I was too far away to help, but they got up and carried on walking and will serve to put into your mind the strength of the gusts. 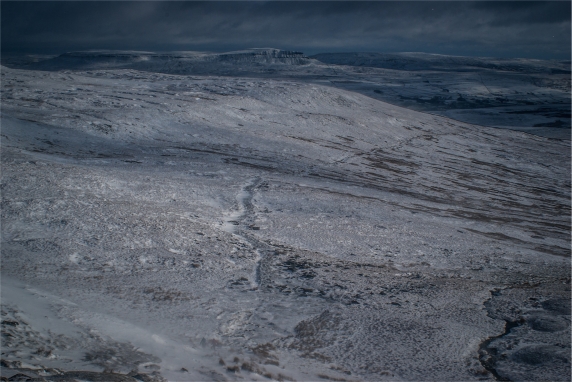 I probably will not go hiking next weekend and Mike allows his knee to rest further and we are going to plan the Cape Wrath Trail which we are walking later this year. Hopefully be staying in the Bothy on Cross Fell the week after next though!